SRWRA is home to a world class renewable energy facility, which combines bioenergy and solar technologies to deliver reliable renewable electricity for the southern region of Adelaide. Commissioned in 2019, this South Australian first utilises the biogas generated by the breakdown of organic matter and Australian sunshine to produce over 25,000Mwh’s of renewable energy per annum. This is enough energy to power 13,000 people every day and charge over 500,000 electric vehicles. When compared to a traditional coal-fired power station generating the same amount of electricity, the SRWRA Renewable Energy Hub also saves approximately 55 million litres of water each year. 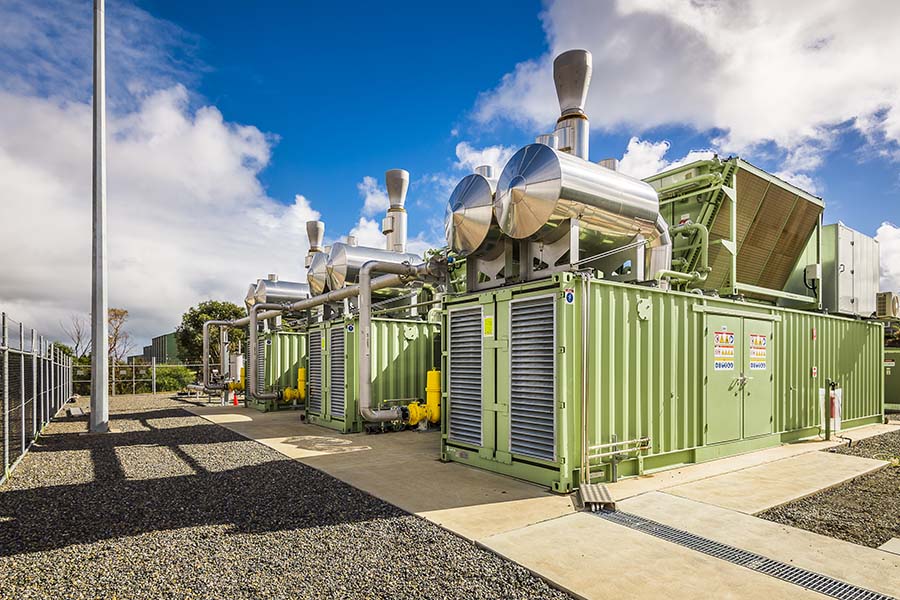 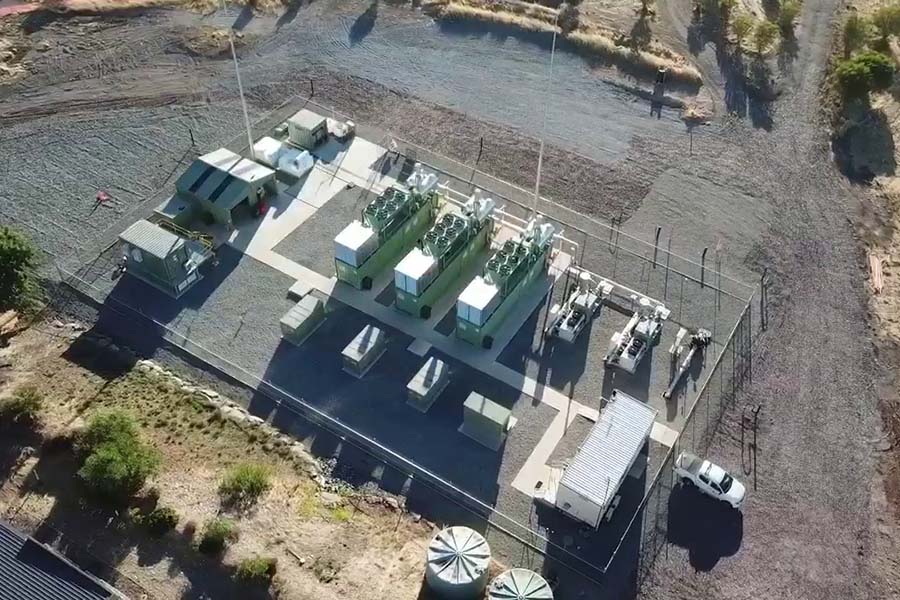 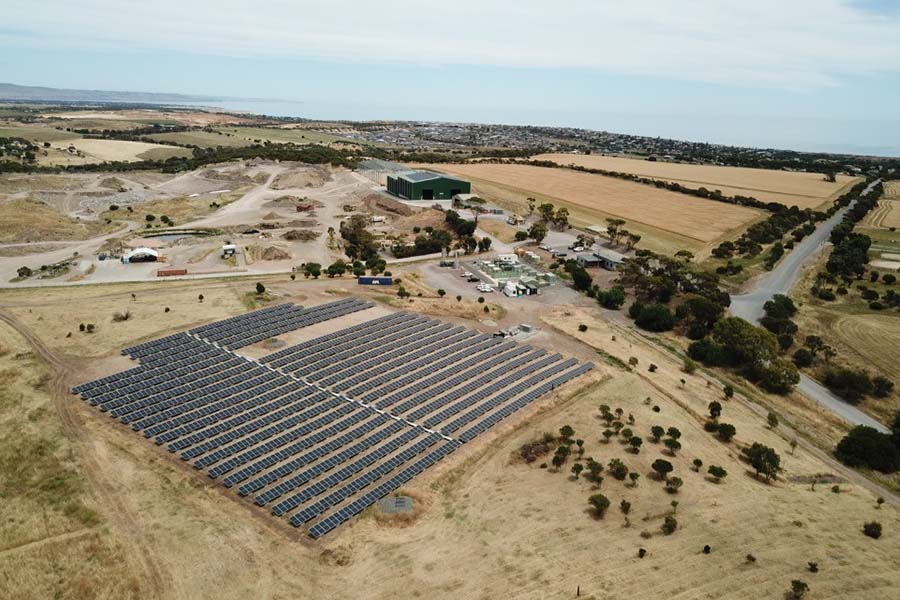 When organic waste is deposited into a landfill cell, it is covered over and then undergoes natural anaerobic decomposition (the organic matter breaks down). This natural process produces a biogas, which is consists predominantly of methane and carbon dioxide. SRWRA and LMS Energy work together to capture this biogas as it is produced, ensuring that as little as possible escapes into the atmosphere. By capturing this biogas, SRWRA and LMS reduce over 130,000 tonnes of carbon dioxide from being emitted into the Earth’s atmosphere each year. Once captured, the biogas is used as a fuel to power 3x1MW biogas generators, which convert the biogas into green, renewable electricity. This renewable electricity is then sent into the local electricity network, where it is consumed by local residents and businesses, offsetting fossil fuel usage.

The 600KW SRWRA Landfill Solar Farm is a testament to the innovative and forward-looking mantra of SRWRA and LMS. The solar farm consists of approximately 2,000 solar panels and is South Australia’s first ever solar farm built on top of a capped landfill. Building a solar farm on top of a landfill is a complex process, one which requires a significantly different design to a standard solar project. Understanding this, LMS designed a unique solar mounting system made especially for landfills. The 2,000 solar panels harness renewable energy directly from the sun and export this sunshine to the local electricity network, powering local residents and businesses with renewable electricity.